Helmets vs. hardhats: The difference could mean saving a life

Next time you are walking by a jobsite in the middle of the city, take a closer look at what the construction workers have on their heads. In areas where “falling or flying objects” and other threats may be present, everyone on site will be wearing some form of protective headgear—OSHA requires as much in its standards.

Historically, the go-to piece of industrial head protection has been the hardhat, touted for being effective at protecting workers from objects or debris falling from above. Safety-tested and designed to mitigate impacts on the top of the head, the hardhat has been a fixture in most trades and on jobsites for years.

But that is starting to change. According to Construction Dive, contractors such as Skanska USA and Clark Construction Group have in recent years begun testing safety helmets in an effort to better protect workers from traumatic brain injuries (TBI) and fall-related fatalities on the job. Historically, TBI’s have been a major cause of death and disability in the United States—responsible for 64,000 fatalities in 2020 alone, according to the Centers for Disease Control and Prevention. Additionally, falls were the leading cause of ​​fatal work-related traumatic brain injuries on jobsites between 2003 and 2010, according to one study conducted by the National Institute of Occupational Safety and Health.

Inspired by the metal helmets soldiers wore during World War I, the hardhat may soon enter the annals of history as well. There is a movement afoot to break away from the hardhat as personal protective equipment, and embrace all varieties of the helmet—and Highwire President and Founder Garrett Burke is helping to make that push.

How helmets make a difference

Burke has had first-hand experience with the protection helmets afford. Early in his career as a safety officer, Burke was overseeing a construction project in which the workers were equipped with helmets instead of hardhats. Initially, ironwork and carpenter contractors were hesitant to sign on to the project due to the intricacies of the wooden beam structures involved, he says. A logging company ultimately agreed to conduct the work.

“We were moving some old wooden beams from a building, and we were replacing them with beams that had been recovered from the bottom of the ocean. They were these big 30-foot-long beams—basically the masts of old ships,” Burke says. “There was a logging company that was used to moving and installing wooden beams in constructing log cabins. And all of these workers wore climbing helmets.”

During the course of work, one of the loggers fell more than 20 feet from a beam, landing on his shoulder and his head, Burke says. The worker suffered a separated shoulder and a serious concussion. Miraculously, though, he survived.

The climbing helmets—as long as they’re designed as a solid shell—can also effectively protect workers from falling objects, Burke says. Among other protective qualities, it is the chinstrap on the helmet that may have played a life-saving role. “If that guy was wearing a traditional hardhat, he most likely wouldn’t have had a chin strap on, so as soon as he fell it would have flown off his head,” he says.

Burke says climbing helmets, as well as other helmet styles, have become more popular among workers who work at height because they fit better, are lighter, more comfortable, and ultimately more protective. Skanska USA in 2017 conducted a pilot of the KASK safety helmets that are designed with “high-density expanded polystyrene foam liner” to protect against frontal, side, and top impacts to the head, Construction Dive reports. Skanska executives said that their workers felt safer wearing them, adding that they want to see other contractors transition away from hardhats in similar fashion.

Obstacles that can impact helmet adoption

The problem, though, is that not all helmets are currently certified by the American National Standards Institute (ANSI) for use on worksites; as a result, OSHA does not allow several of them to be used as a head protection device. “The irony of that story,” Burke says of the head injury from that fall, “is that the OSHA inspector that came to the job cited the logging company for not providing American National Standards Institute-approved hardhats.”

Innovative helmet makers are designing helmets that meet these standards so that workers can confidently wear them on jobsites. For example, 3M’s SecureFit Safety Helmet is certified to ANSI Z89.1-2014 Type 1 standard requirements for top impact protection.

Additionally, cost can be an additional factor that prevents adoption. The upfront cost of helmets, which can be upwards of $100, can be tough for smaller contractors or companies to absorb, especially when it comes time to replace a helmet that is lost or misplaced. Everyone wants to keep their workers safe, but the difference in cost between a helmet and traditional hardhat — which can cost as little as $15 — for their entire crew can be tough to justify.

However, when evaluating the cost of helmets, builders and owners should consider the potential business advantages that come along with prioritizing worker and project safety. The financial benefits that can come from an insurance wrap up can have a longer-term effect on your company’s bottom line. Additionally, a builder’s reputation for prioritizing safety, including the use of innovative personal protective equipment (PPE) like helmets, can make them the partner of choice for innovative owners with large, complex, and expensive projects. Safety should be a core value for owners and builders alike, but it can also drive business advantages

A company takes a journey of becoming a better safety performer over time, Burke says. The shift from hardhats to helmets is just one of the ways industry leaders foresee the future construction safety—one that is keeping pace with technological change.

“Technology is changing. Helmets, because of their suspensions, the different types of polymers, as well the padding inside them, just protect better,” Burke says.

Partner Elevation allows builders and owners to meet any partner where they are in their risk-mitigation journey and elevate them to do their best work. This shift is happening because it creates a sustainable competitive advantage for these innovative builders and owners, their partners, and their projects. But just like the journey to better safety performance, the journey to Partner Elevation takes time. Learn more about the steps to take to achieve business advantage in our eBook: Ready to get started? Check out our Practitioner’s Guide to Partner Elevation to explore the step-by-step process to reduce risk used by the most successful builders and operators.

David Tibbetts is the Chief Safety Officer at Highwire. Prior to joining Highwire David managed the Construction Safety Program at Harvard University overseeing the implementation of the University's Construction EH&S Standard, Substance Abuse Prevention Program, and use of Highwire's Contractor Safety Assessment Program.

Previous
Mental health in the construction industry: the safety risk everyone should be talking about
Next
Highwire just raised
$96 million. Here’s what’s next.

This website uses cookies to improve your experience while you navigate through the website. Out of these, the cookies that are categorized as necessary are stored on your browser as they are essential for the working of basic functionalities of the website. We also use third-party cookies that help us analyze and understand how you use this website. These cookies will be stored in your browser only with your consent. You also have the option to opt-out of these cookies. But opting out of some of these cookies may affect your browsing experience.
Necessary Always Enabled
Necessary cookies are absolutely essential for the website to function properly. These cookies ensure basic functionalities and security features of the website, anonymously.
Functional
Functional cookies help to perform certain functionalities like sharing the content of the website on social media platforms, collect feedbacks, and other third-party features.
Performance
Performance cookies are used to understand and analyze the key performance indexes of the website which helps in delivering a better user experience for the visitors.
Analytics
Analytical cookies are used to understand how visitors interact with the website. These cookies help provide information on metrics the number of visitors, bounce rate, traffic source, etc.
Advertisement
Advertisement cookies are used to provide visitors with relevant ads and marketing campaigns. These cookies track visitors across websites and collect information to provide customized ads.
Others
Other uncategorized cookies are those that are being analyzed and have not been classified into a category as yet.
SAVE & ACCEPT
Powered by 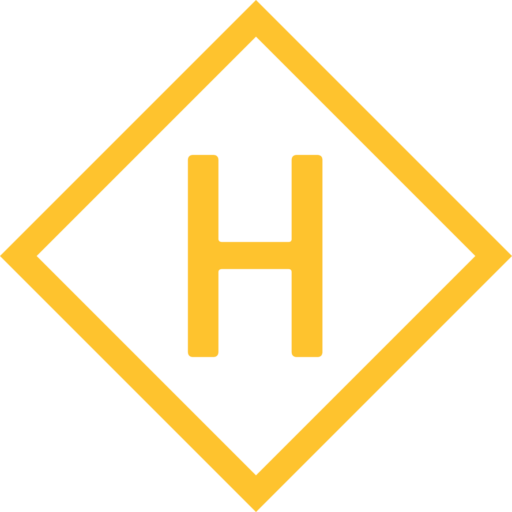